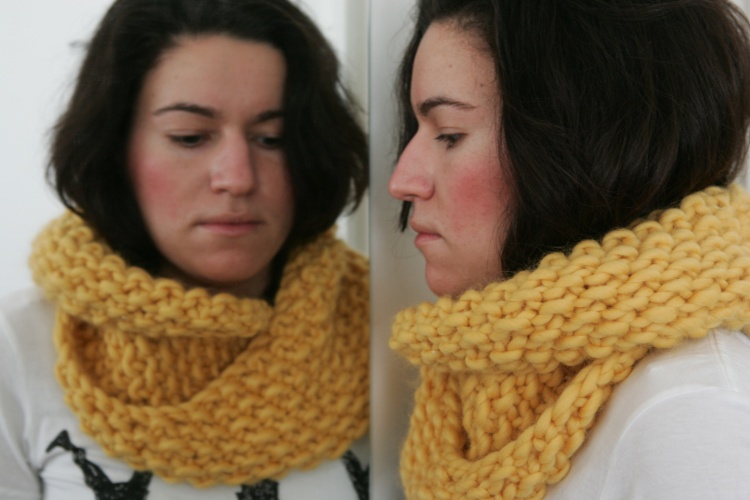 Recently I completed two cowls–neither of which I totally fell in love with….on me!

They looked so stunning in Ravelry, I had to knit them up immediately. Then when they were finally done blocking and I was able to wear them, I decided they looked blah on me and thought I might gift them out.

The one pictured above is a Marian by Jane Richmond. Jane’s looks so much more exciting than mine. Perhaps its my yarn choice; I used one skein of Cascade Magnum in a yellow colorway–it seemed a suitable substitute. What’s more, mine has a huge twist in it, more so than what appears in the pattern, even though I did as directed. 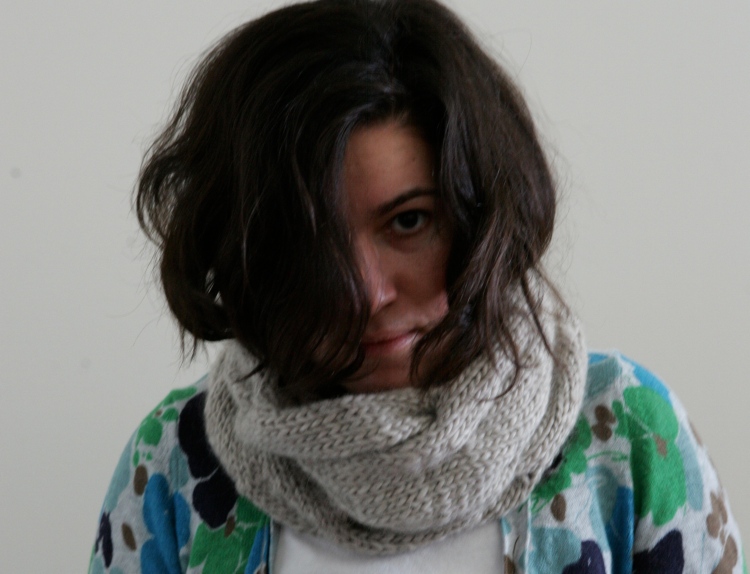 The second fail is the Tuesday Night Cowl by Susan Lawrence. While its not as fail-worthy as my Marian, I still don’t know if the Lamb’s Pride Bulky I chose is a perfect match for this pattern. Susan’s Tuesday Night comes with brilliant directions for adapting with all kinds of yarn–you can make this cowl using Bulky weight, Aran weight, and Worsted Weight yarns, which is GENIUS really.

But Susan’s cowl is so much more drapey and relaxed, it makes mine look so tight it… here’s where I will refrain from any crass jokes.

What do you think? Any takers of my two fails?

You can check out more snaps of each cowl at their Flickr sets, respectively. Here for the Marian and here for the Tuesday Night.

One thought on “Double Fail?”