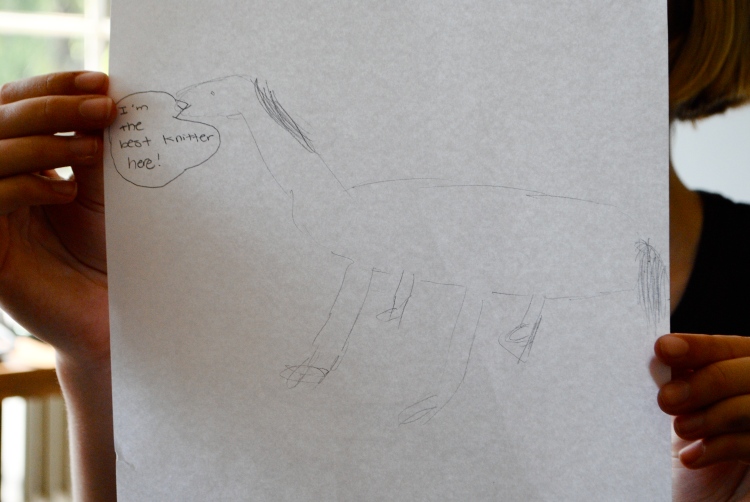 The other day, I had some rowdy girls hanging out in my office because I have some highly coveted A/C and it was sweltering. Since they refused to focus on anything worthy like schoolwork–and I had work that needed attention–I decided to force them all into an “activity” if they were to stay and crib my cool air.

It was all inspired by my good friend Jessica “Mim” George, who posted this enticing item “Me as a Horse”.

So, I gave every student a piece of paper, a pencil or marker, and told them to draw the person to their right as an animal. They were incredibly spot on: a sunning cat for AB, who is quite shy and slinks around a la a kitty, a shark for another gal who seems to “circle the chum” of middle school, and I think there was a giraffe or hippo, too.

But my favorite was “Ms. Wolf as a pony”. Now, I did not tell them about Jessica’s “Me as a Horse”. Apparently Jess G. and I are in pleasant company, because the student who drew me apparently sees me of the pony horsey variety.

4 thoughts on “Inspiration: Me as a horse…”