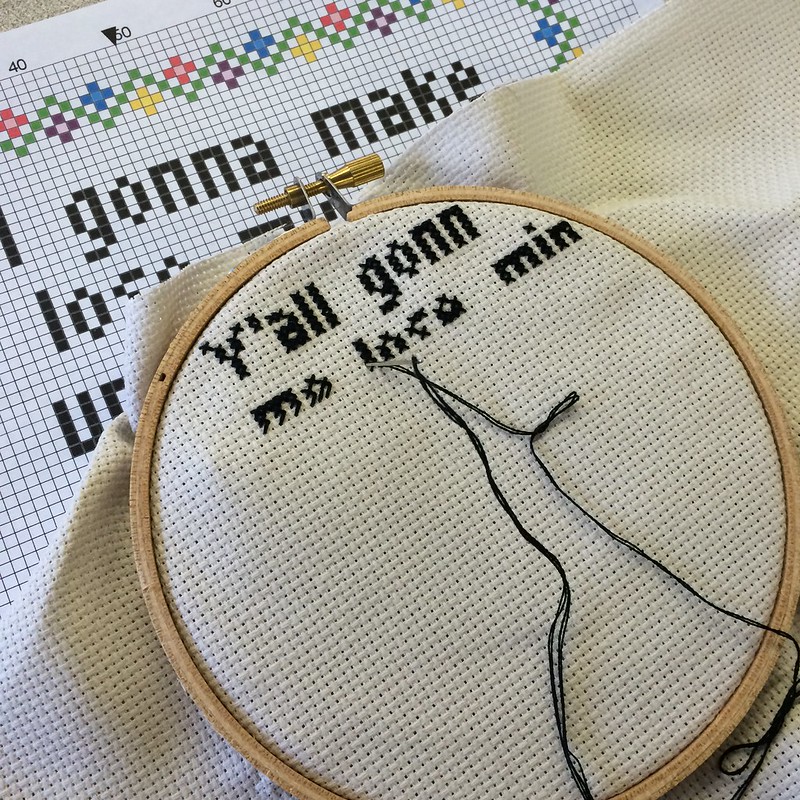 It’s been awhile since I completed a cross stitch pattern. I think the last one was the Pee Wee Herman I made for Sean’s 30th Birthday last year, which I don’t believe I ever took photos of either.

A few weeks back, one of my students came to me declaring she wanted me to cross stitch her a Beyonce quote to hang on her dorm wall when she leaves for college next year. Instead, I led the horse to water–I taught her how to cross stitch herself and 5 days later, she had finished her first project and the very quote she wanted for her dorm room wall. Since then, she’s asked for more projects. Success with the next handmade generation, folks.

And on top of this little success, it also hooked me again and despite several projects on the needles and never ending crafts I like to do, I decided to start one myself. This is a cheeky little DMX lyric; who doesn’t love rap tunes put to cross stitch? Since this picture was taken, I’m nearly finished the border. Snaps of the finished project, soon.

If you’d like to make your own version, I purchased the pattern here.