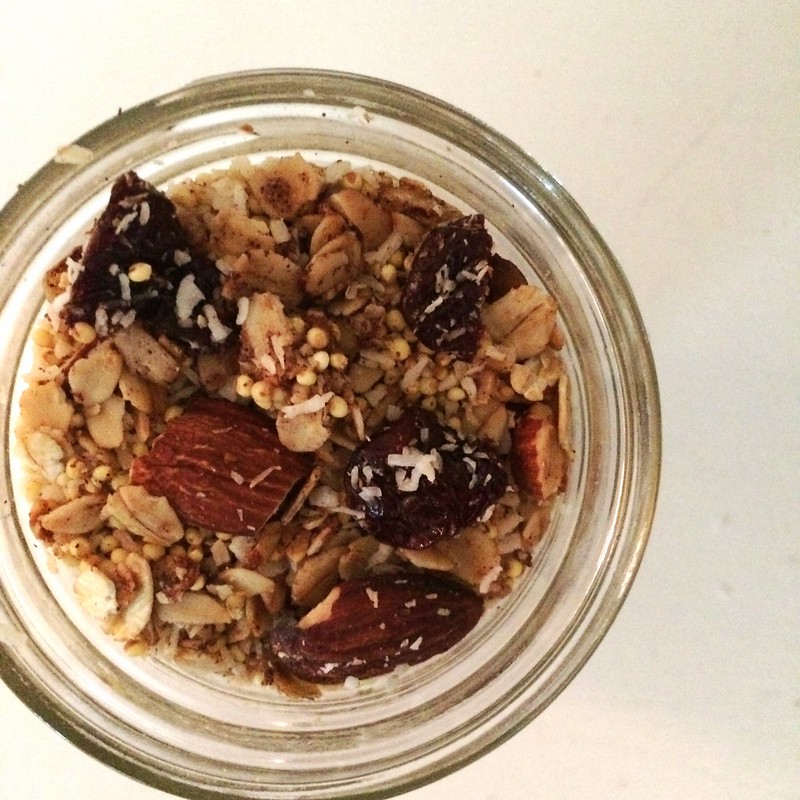 I decided to try my hand at making homemade millet granola. I used this recipe (mostly) but my dried fruits included cherries and apricots (because I am an apricot nut) instead of just dried cranberries.

My oil choice was also butter, simply because I like its salty taste and it browns up in the oven beautifully. I will definitely make this again and have already gifted a bunch out to friends. The only difference I’d make next time around is I’d used flaked unsweetened coconut instead of shredded and I might consider slivered almonds to whole ones I loosely chopped up. I’d also use a bit less millet than the recipe called for; I felt my millet to oat ratio wasn’t quite right.