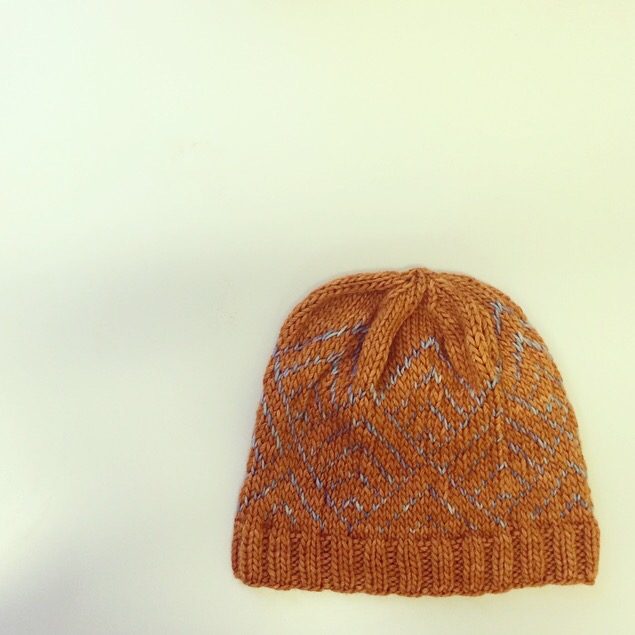 Another Diamond Waves hat. I just love this pattern; its so beautiful when its finished. I made this one for my sister with stash yarns I had laying around–1 skein of Blue Sky Alpacas Worsted Hand Dyes in gold and some scraps of Tanis Fiber Arts Green Label Aran in shadow.

I love it. The shadow colorway is subtle in the fair isle and does just that– creates this shadow of sorts.

I modified the crown so it wasn’t so tall since my yarn was a bit bulkier than I think the called for Malabrigo Merino worsted. But I used the slightly heavier yarn for the main color because my sister complains my fair isle hats don’t fit down over her ears and I wanted to make sure this one was loose and fit her well. There’s no point in wearing a hat in New England that doesn’t cover your ears.

Here’s the other Diamond Waves hat I made. I recommend everyone make this hat. The rewards are endless.