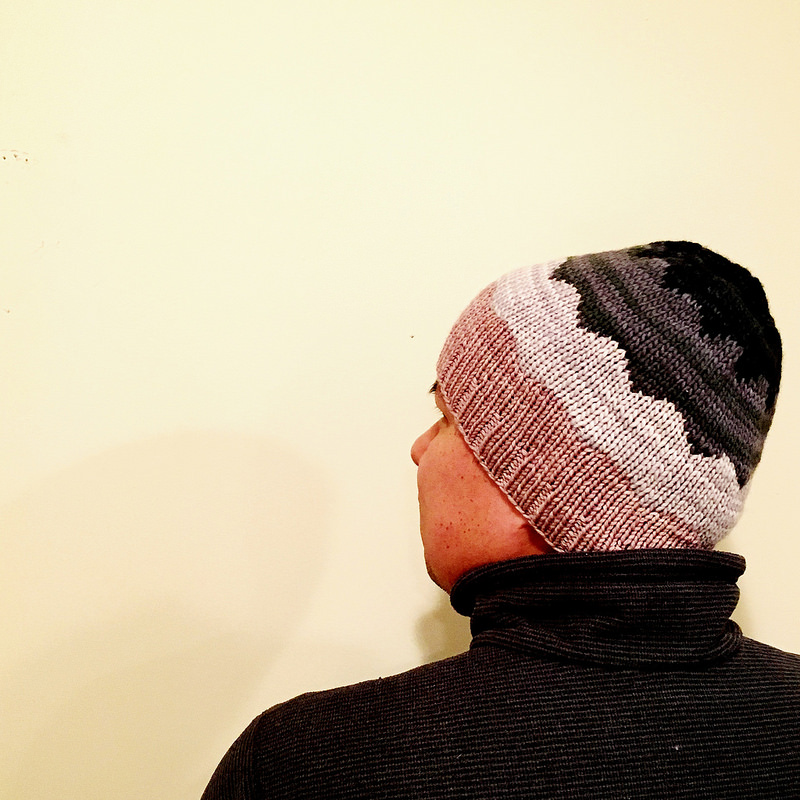 I love this hat so much, as evidenced by the fact I’ve made three this week. This is the version I made for Sean, who spent the weekend in sunny Phoenix over MLK Day (for a now much talked about football game) and came back to a beyond frigid, and seemingly never ending, arctic blast.

This is the perfect hat for small scraps you have laying around in various shades that compliment the idea of gradient, though these would look great in any color combination quite frankly.

Here’s to several more Varia in my future, I think. In Boston, you can never have too many hats.